Every year on World Autism Day, I share my story with the hope that it reaches and inspires someone, somewhere, to keep fighting and to follow their dreams. This year is no different, and I have included the written essay below, but I have also included a link to my film with WaterBear Network, which chronicles my journey and was released at the beginning of 2021.

An Eye For Detail

An Eye for Detail follows 22-year-old Alfie Bowen, an up and coming wildlife photographer whose work is starting to take the world by storm. Diagnosed with autism at age 11, Alfie's life has not been easy but his love for animals and photography has kept him going. An Eye for Detail explores how nature and art can not only be an outlet for those living with disabilities but also a therapy for people struggling with mental illness.

You can watch the film by registering a free account on WaterBear Network.

Despite being undiagnosed, the traits of autism were visible from an early age, I would rarely be settled and demanded near constant attention, and that need for attention and affection only intensified as I developed, and my sister was welcomed into the world. A few years later, aged just nine, I was diagnosed with Autism.

Even at such a young age I would feel trapped, claustrophobic and deeply unhappy indoors, it just didn’t feel right and I would escape to the garden whenever the opportunity arose. Many happy hours were spent outside in all weathers exploring the garden, playing in the mud and watching the many creatures that called it home. These experiences fuelled a great respect for the world we call home, something so many children are now deprived of thanks to the modern, technologically- driven society we live in.

My love of the outside was further fuelled by our annual holiday to Weybourne Forest, Norfolk. These were family affairs with my mum, my sister Amie, Grandma, Grandad and my Uncle all joining me in a log cabin deep in the forest. Many hours would be spent resting my elbow on the windowsill, staring into the wilderness that existed the other side of the glass, and counting the concoction of dazzling colours. You see for a child with autism, a forest is never just a forest, it is a beautiful array of glistening greens, earthy browns, high-pitched squawks and laser-like beams of light fighting their way through the canopy. To me the forest was Earths heaven, a wonderland where I would feel undeniably happy, where I could forget about the hierarchical conflicts at home and where I could allow myself to dream.

School, on the other hand, was hell. I struggled with mainstream education, becoming the subject of relentless bullying and attempting to take my life for the first time, all at just 15 years old. I had been told I would never pass a GCSE or amount to anything and every day was a battle — the constant remarks, the stares and the utter inability for people to accept my differences made me feel like an alien and I subsequently tried to take my life a further four times.

The autistic brain is complex, it dances around from one thing to the next, never stops for a rest and always demands new, useful information and being laughed at for constantly reading about animals was a painful wake-up call, and knowing that I was no longer accepted for exploring my passion was scary. The high school I attended had a population of over 1,000 students, and I was placed in a form group of over 30 students none of whom bothered to even say hello – a scary prospect for a child who struggled to speak to one person, let alone 30.

It was during this time that I watched and tried to listen to what the majority of those around me where discussing – cars, motorbikes, celebrities, dating – and then there was little me, only interested in wildlife. But I’d had enough of feeling alone and clock-watching, so I tried to develop an artificial interest in the more ‘normal’ topics of discussion amongst teenagers. I came home from school stressed, and forced myself to research these topics, that were really of no interest to me, just so that I could attempt to chat with the others . . . although this ultimately failed, and I was still shunned from their discussions.

I left that school a broken person, refusing to speak to anyone, I had lost all trust in humans and rarely left my room for fear of being judged.

After many legal battles my mum got me into a private special educational needs school in the Suffolk countryside. I blossomed at Centre Academy East Anglia and after a few years of hard work — I passed six GCSEs, became the first head student in the schools history, was elected as head of both student council and eco council, beat many fears, passed seven a-level qualifications at grade a-a* and gained unconditional acceptance to five universities, and, more importantly, had regained my love for the natural world.

I began searching for alternative ways of satisfying my obsession, and stumbled across my mum’s little Lumix compact camera – and set about attempting to photograph wildlife. I was 16 at the time.

I took the camera everywhere with me, but quickly became frustrated by its limited functions; compact cameras do not allow for the photographer to input their own aperture, ISO or to focus manually, so can limit creativity.

Autism allowed me to mentally envisage many different images, such as a white deer photographed against a backdrop of shaded forest, or a zebra with blurred stripes in front of her, but my camera would not allow me to turn those mental sketches into reality.

But everything changed when I got a new DSLR camera on Christmas Day 2015 and I have been busy snapping away ever since. 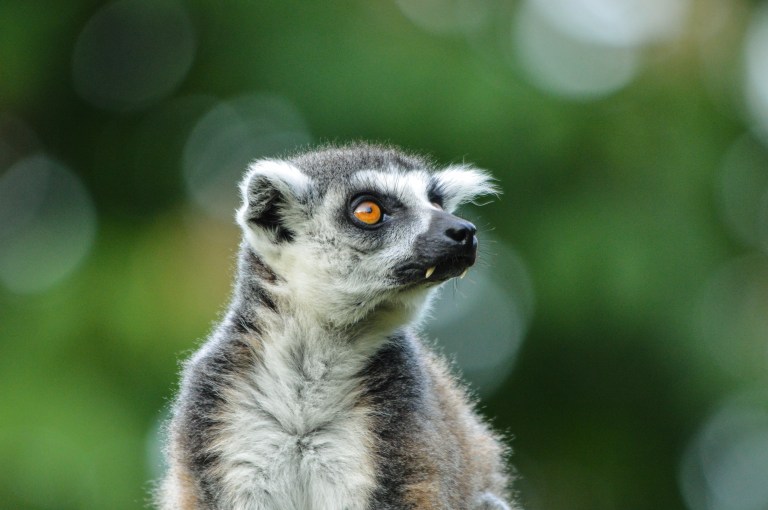 I love many things about photography, but my favourite aspect is the ability to express my emotions through the images I take.

I sometimes find it difficult to show how I feel and the deep thoughts from my relentless mind, but photography provides me with an outlet for that energy. Emotions and experiences are key to making good artwork, and I doubt the memories and emotions of past bullying experiences will ever leave me, but I try to use these in a positive way and as ‘fuel’ for my ambitions and to prove my doubters wrong.

There are challenges when capturing these images. It can be lonely, cold and frustrating, and I often fail; but that’s all part of the game and, as I’ve learnt throughout life, nothing worth having comes easy.

I work in wildlife parks across the UK and plan to visit Africa for the first time in the next year or two.  A couple of years ago, I had an emotional encounter with an African elephant at one park in the UK. I had been trying to get a shot of an elephant’s eye for a while, and when I finally managed to get it I remember feeling my spine tingle. To get the shot, I waited around three hours, and there was never any guarantee that the opportunity would come. A shot like this takes a lot of time because the elephant needed to be close, and that means gaining the trust of these ethereal giants. She finally came close enough so I could photograph her through the fencing and it was a very moving encounter. 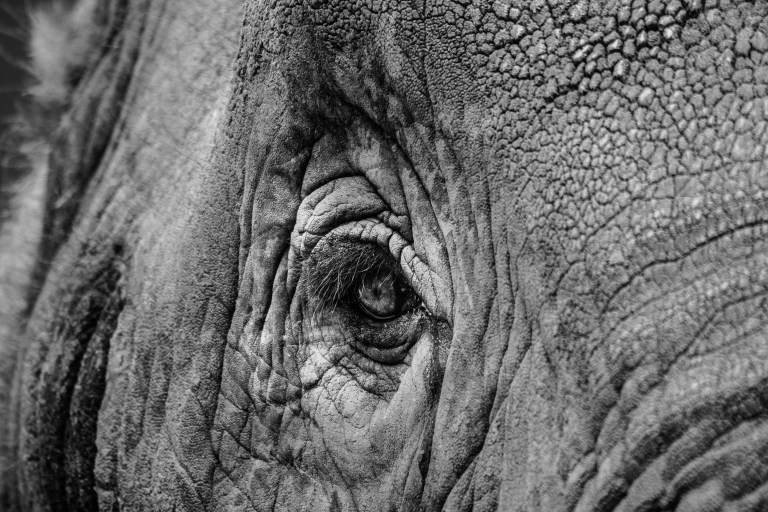 During the coronavirus pandemic, I haven’t had many wild animal encounters from my home base in Suffolk but I have been looking ahead to the future and I feel some of my best work is still to come.

I’m proud to work with the fantastic World Wide Fund for Nature team on both of these important messages. I am part of the organisation’s group of Artists & Influencers that champion its efforts and also get involved with planning future projects and fundraising opportunities.

I think that if you have been afforded a voice, however small, then you should use it to instigate positive change. It’s not an option – it’s a duty, and to forfeit that duty, to keep life easy, to not rock the boat, is simply unforgivable and thus I am now determined to use the platform I have built through my art to change the world for children with special educational needs. I won’t stop until I have done that.

The world can be a scary place for us autistics, but love can change that. We should greet each other with a smile, rather than being so quick to judge.